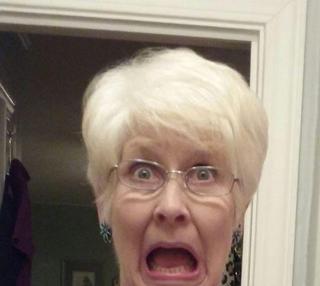 To start with, my apologies to those who might think we shouldn't get distracted with mundane matters of daily life during these "unprecedented times" fraught with "national unrest" and "political divisiveness." If you're in that group, you should probably stop reading this right now and turn on the news or watch an old Christmas movie like It's a Wonderful Life.

Since we're all weary by now of hearing coronavirus statistics as well as the ever-changing opinions of scientists about what works and what doesn't and about whether to trust the vaccine, this sentence is the last reference in this newsletter to these worn-out subjects. And, yes, I know it's December, but you will find no further reference to Christmas in this newsletter either.

Let me focus instead on something trivial. For anyone still reading this, my topic isn't anything of global, national, state, or local importance. It's mainly confined to my house, to me in particular, though it may also be happening in other houses with women I don't even know. Although my husband isn't much affected by this little turning point of mine, he has politely listened to me talk about it from time to time, with a somewhat glazed look in his eyes, which could suggest that his mind is occupied with more interesting matters—band music, food, college football, the stock market, things like that.

I suppose it was around twenty-five years ago that I started coloring my hair to cover up the silver threads among the brown. There was also a troublesome little white patch sprouting behind one ear, so I thought that area needed some special attention. I wasn't about to pay for a professional job at a beauty shop, but I knew there were many brands of hair dye for home use. I started with a product that was labeled "temporary"—a mousse that was easy to apply and washed out very quickly. I used that until they discontinued it, and then I tried several brands of permanent color, finally settling on a foamy solution by John Frieda, which I used for years, until nine months ago. When they stopped making my color of choice, I experimented with others in the John Frieda line. Looking back on photos from those years, I see that I hit every shade of brown possible, from honey blonde to dark chocolate. I'm sure I was fooling everybody into thinking my hair color was completely natural.

Well, you know how you get into a routine with something, and even though it may be a hassle and you may chafe over the cost of it, you keep doing it. Plus, if you're a teacher, you might think for some odd reason that you need to try to look as young as possible. You may pontificate convincingly about the ridiculous way we buy into the youth culture these days and how actions speak louder than appearance and how God looks at the heart, but you don't connect any of that with your mindless Saturday ritual of putting on the gloves, mixing the solution, applying it, wiping up drips, setting the timer, then hoping no one rings the doorbell or calls you during the wait time.

You can likely tell where this is headed. I decided nine months ago that I wanted to live more simply and honestly, and getting out of the silly hair color rut could be one small part of that. So I went cold turkey. At the end of this letter, you'll find a photo I sent my sister after six or seven months, along with a one-word caption: "EEEEK!" (Well, it was supposed to go at the end, but it appeared at the beginning instead. A previous photo is still there, too, but I'll get that fixed later.) Anyway, having reached the same decision herself, my sister returned her own photo, and we laughed over how much we looked like hoary-headed twins.

Here's the truth: Nobody else in the whole world has time to care about what color your hair is. Most of the time nobody even notices. And even if other people do notice and do care, it doesn't matter.

My husband says he doesn't care what color my hair is, so that makes us even since I don't care what color his is either. I'm speaking loosely here, of course—we wouldn't really want each other to have purple or green hair. For the record, his is now gray. I lack the time and energy to complain at length right now about the unfairness of men getting a pass when they go gray—he looks so distinguished—whereas the comments about women fall along the lines of she's really showing her age now. Again, it doesn't matter. God loves me just as much with white hair as he did when it was brown. I am still the same person. The color of my hair won't determine the quality of my prayer life or my trust in God's promises or how consistently I manifest the fruits of the Spirit. Neither will it affect how soon I can finish this manuscript I'm still working on (but making progress. . . slowly, steadily).

Harping on something too long can be an indication that you're not fully persuaded of what you're claiming to believe, so I'd better stop now. Hair color is an insignificant concern in this fleeting life on earth, and choosing to "go natural" certainly doesn't make me any more spiritual or enlightened. So if you're my friend and you color your hair, it makes no difference to me. A thought such as look at her dyed hair, she's such a shallow person will never ever cross my mind. I promise. And for anyone who intends to keep coloring your hair, and thus looking far younger than I do, I'll leave you with this word. If you haven't tried the John Frieda "precision foam" color, I really do think you would like it.