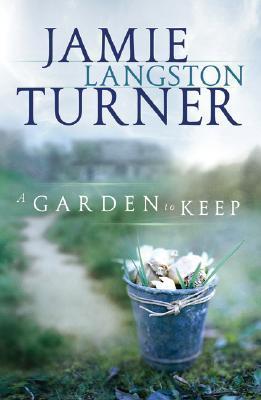 Opening of chapter 1, “Against Thy Mandolin”

Though the roots go back many years, the story begins to bloom around a kitchen table after Sunday dinner. Not my own kitchen table—I’m here as a guest. Let me warn you from the start that this story might make you angry. I know for a fact it defies everything I’ve always believed in—logic, justice, equality, recompense, accountability, moderation, common sense. But hear me out. Close your eyes and picture it all with me. We’re in the kitchen of a duplex on Cadbury Street in Filbert, South Carolina.

I can see it exactly as it was that day. The blue-and-white plaid tablecloth, the matching dishes imprinted with a border of morning glories, the folded white napkins edged with white tatting, the vase of daffodils, the shiny hardwood floor, the yellow tab curtains, the clock in the shape of a teapot, the gleaming white of the stove and refrigerator, the wall calendar showing a close-up of a pale purple crocus pushing through the snow. If there are such things as clichés in the world of photography, this crocus-in-the-snow image surely must be one. No microwave or dishwasher that I can see.

Over on the counter beside the porcelain sink, I note a ceramic canister set shaped like little cottages, with the residents’ names over each ivy-draped front door: Sugar, Flour, Tea, Coffee. Beside these sits a shiny silver percolator with a little glass bubble knob on top, the kind my parents used before the days of coffee makers. Well, well, here we go, I’m thinking—Sunday dinner at the Retro Café.

From Chapter 4, “The Edge of the Receding Glacier,” in which Elizabeth receives a phone call that changes her life

The cell phone rings as I’m sitting in the driveway, and two thoughts quickly cross my mind. First, I hardly ever receive calls on it, so it’s probably a wrong number. Second, I’ve given my cell phone number to only four or five people. This last thought is what makes me scramble a little faster to get to it. Maybe Travis or Jennifer needs me. It surprises me to realize how much I’m hoping one of my children needs me.

I recognized Ken’s voice at once. “I’m on my way,” he said. He didn’t quite sound like himself, but I knew it was Ken. There was a tone of something very close to eagerness.

I couldn’t figure out why he’d be telling me this, but I said, “Okay.”

He laughed a little, and then there was a pause. “What are you doing? Sitting in the driveway waiting for me to call?” he said.

“Sitting in the driveway, yes. Waiting for you to call, no.”

He sounded puzzled now. “Hey, you asked me to call you as soon as—” He broke off, and when he spoke next, his voice had changed. I can’t think of the right word for it—panicky is too strong. There was a definite change, though. Some awful revelation had clicked in his brain. “Elizabeth?” he said quietly.

“Well, I thought you were”—he broke off to laugh as he tried to recover—“you were going to . . . be out at the tennis courts all day.” He sounded relieved to find his way to the end of that sentence. It was actually a pretty good way out, since earlier in the week I had mentioned signing up for the YMCA spring league, which would be starting up again in March. I had even gotten my racket out of the closet after a six-month layoff from tennis and had checked the strings and grip.

If he had spoken less haltingly, if his voice hadn’t crept into its upper register, I might have fallen for it, but suddenly my mind was flooded with unthinkable thoughts.

“No,” I said, “I went to church instead.” I tried to speak lightly, but my heart was pounding in my ears. I wondered if I was talking too loud.

“Church?” he said. “You went to church? Well, I’m sure that was interesting.” I knew by this point that my suspicions weren’t just in my head. Something about the cautious way he was proceeding told me.

“It was,” I said. “Very much so.” Then, though I knew this whole conversation was a charade, I added, “Someone invited me over for dinner.”

“Oh,” he said in a brighter tone, “well, speaking of dinner, that’s why I was calling.” He was grasping at straws now. “I was wondering if you wanted me to pick up something to eat on my way home.” Neither one of us spoke for a few seconds. As far back as I could remember, he had never once called me after a Sunday golf game to ask if I wanted him to pick up something for dinner. We always fended for ourselves on Sunday nights. “You might not be hungry, though, if you ate dinner,” he said. He was trying so hard to sound cheerfully offhanded.

I switched my cell phone off without replying and saw that my hands were shaking. I sat in shock for several long moments, during which for some reason I started counting, and when I reached forty-three, I thought of something to do. I didn’t know Ken’s cell phone number from memory, since I rarely called him on it, but I had it written down on a slip of paper I kept in my billfold. I found it now, then switched my phone back on and slowly dialed the number. It was busy, as I had known it would be.

“In early January, a box thudded onto my front porch like a late Christmas gift from a distant relative in the Midwest. The 34 books contained within were the entries in the ‘contemporary novel’ category for the Christy Awards, a competition inaugurated in 1999 to encourage quality writing in the fast-growing market for Christian fiction. My assignment as one of seven judges: rate the novels on a 1-to-10 scale in elements ranging from characterization to plot to overall enjoyment.

[In the next 17 paragraphs, Andy Crouch discusses most of the 34 novels he read and judged. The last 3 paragraphs of the article concern A Garden to Keep, from which the following is taken.]

“And then there is Jamie Langston Turner, whose novel A Garden to Keep will surely advance her reputation as the Christian novelist that serious book lovers read . . . . This is a story that keeps its promises. At the end of the novel, as at many moments within it, Turner executes a linguistic pirouette with such finesse that I was reluctant even to turn the page for fear that the words might somehow disappear. I suppose this is what I was looking for when that boxful of fiction landed on my doorstep: a story that must be true, a story that could only be true if the gospel was true, a story whose truth testified on its own behalf. It was worth reading 34 books to find one.”