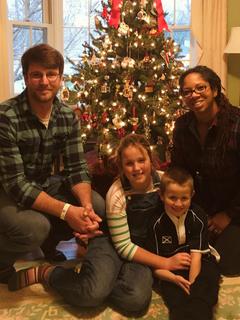 Back in 1992 I wrote an article for a magazine titled Living with Children. The article, titled "The Perfect Child," came from real life--my own. Twenty-eight years have passed since then, but I'm reprinting it here, followed by some 2020 reflections on the subject of children. . . or maybe they're more about parents. Here's the article:

I met the perfect child one summer afternoon a few years ago. His family was moving to our hometown, and we had invited the little boy over to spend the afternoon.

The child was standing calmly beside his mother when I met them at the door. My own son, Jess, cavorted in circles around me, chattering about this and that, delighted to have a playmate for a few hours. The woman and I had to talk a little louder to be heard, while the other little boy stood quietly, watching Jess with curiosity.

The mother left, and the boy stood and waved good-bye until her car was out of sight.

From the first moment, I was intrigued by this sturdy, round-faced child. His name was Wright. His smile crinkled his eyes into tiny blue stars and stretched his mouth into a wide, gap-toothed slice of sunshine. His shirt was tucked in, his hair was neatly combed, and he wore a monogrammed cowboy belt. He was only a few months older than Jess, an unpredictable six, yet he seemed so composed and tranquil, so mature and serene--so perfect.

Jess took Wright out to the backyard to play, and I opened the kitchen window a crack so I could hear them as I worked inside.

"That was a good try, Jess," I heard Wright say. "I'll try to throw it a little slower this time." Looking out the window, I saw Wright poised to throw a white plastic ball while Jess wound up to bat it. They continued this arrangement for several minutes before Wright asked politely if he could try batting.

After playing ball for a while, the boys built traps with ropes and sticks, then climbed on the monkey bars, played chase with our dog, and had a meeting in Jess's tree house. The whole time I kept hearing Wright say things like "That's a good idea" and "Here, you try it now."

After a couple of hours they came inside, sweaty and cheerful. "How about a popsicle?" I asked.

Wright smiled and said, "That would be good."

Jess squealed and flailed his arms. "I want a red one!" he shouted.

"Mom usually gives me only half of one," said Wright.

"I'll let you have a whole one if you want it," I offered.

He shook his head. "No, I think I'd better have only half." When I asked him if orange was okay, he said, "Any color's okay," and when I handed him his half, he said, "Thank you."

After they had gone back outside to eat, I studied them from the window, perched beside each other on the monkey bars. Jess was waving his popsicle around as he talked; he already had long red streaks down the front of his shirt and big red clown lips. Wright was listening quietly while he fastidiously licked around the bottom of his orange popsicle.

The child was perfect. There was no question about it. Even his name was perfect. "Wright" had such a clean, solid, polished sound, like sterling silver.

A month later we had the family over for supper. I tried not to stare as Wright cut his own meat, leaned over his plate to avoid spills, and waited for the grown-ups to finish talking before he asked his father if he could have more fruit salad, please. After the meal he and Jess went to play in Jess's room while we adults finished our dessert and talked. When the parents said they needed to leave, we all went to see what the boys were up to. As we neared Jess's room, we heard Wright say, "Let's clean up the floor now, Jess, okay? It looks a little messy."

The parents chuckled. "Wright never likes to have anything out of order," said his father.

School soon started, and we didn't see much of the parents, although Jess and Wright saw each other every day since they had been assigned to the same classroom. We heard about Wright frequently. Jess reported that Wright never got his name on the board for talking, Wright got to be line leader, and Wright could draw pictures of rockets. One day Jess told us that the class had been so bad that day that the teacher had let only one child go outside for recess. "And do you know who it was?" he asked.

My husband and I answered in unison: "Wright."

Jess's mouth dropped open. "How did you know?" he asked.

Other parents were getting similar reports at home, and everyone was asking, "Does this kid ever do anything wrong?" One mother told me that Wright came over to their house to play one day, and when she asked him what he wanted for Christmas, he said, "I haven't asked my parents for anything because I know they have a lot of bills to pay."

Jess whirled through first grade like a dust storm. We had many conferences that year with his longsuffering teacher, and my husband and I often wondered where we were going wrong. First grade passed, and at the beginning of second grade Jess had a birthday party. We took him and his five guests swimming at my in-laws' house, and it was here that I finally remembered something I never should have forgotten.

How different they all were. Charlie was fair and fragile, and Wright was tanned and husky. Jess took a flying leap into the center of the pool, shrieking like a banshee, but Steven dipped in cautiously an inch at a time. When my husband turned on the hose and aimed it into the pool, Tony opened his mouth to catch the water while Jordan begged not to get sprayed. One wore a designer swimsuit, and another had on cut-off jeans. Three of them wiggled around on the bottom of the pool hunting for keys and pennies my husband threw in, while the other three clung to the edge of the pool wearing life jackets and looking worried. One of them barely talked above a whisper; another had a built-in bullhorn.

As I studied Jess that day, all the things I loved about him suddenly flooded my mind. I loved his enthusiasm. He bounded out of bed each morning, ready to take on the world. I loved his curiosity. His questions had unfolded to me parts of life I had never even thought of exploring. I loved his kindness to the younger and weaker, his delight over babies and animals. I loved his awareness of beauty, his gasps of wonder upon seeing a double rainbow or a vermilion sunset or a butterfly up close. He was sometimes late getting home from school because he had stopped to pick a fistful of wildflowers for me along the way.

I loved his honesty. "Mama, I tripped Doug in Sunday School and had to sit by the wall," he would tell me. Or "I didn't get a happy face sticker today because I talked too much." I loved his genuine penitence when the knowledge of his wrongdoing washed over him. I loved how earnestly he prayed for forgiveness after confessing his disobedience, how sweetly he smiled after repentance.

True, his temper and tendency to argue were regrettable, but as we worked with him on these things, I could clearly see my own shortcomings. When he answered impatiently, I heard my own irritated inflections being imitated. When he insisted that his new puzzle had 100 pieces instead of only 60, I recalled my own petty flare-up when my husband had said the car repairs had cost $200 when I was so sure they had cost $250. When he was untruthful, I remembered with shame a recent falsehood I had told. I could hardly expect a perfect child when his mother had so far to go.

As I watched Jess that afternoon of his seventh birthday, I imagined that all the seven-year-olds in the world were lined up, their conduct records pinned to their shirts, and I was inspecting them in order to choose the perfect one. I saw myself examining them, mile after mile of them, as they stood at attention. At last I came to one little boy with sandy hair and blue-gray eyes. He was finding it very hard to stand still. I could see his toes twitching inside his scuffed, unlaced sneakers and his fingers fidgeting inside his pockets. I could see a giggle threatening to burst out the corner seam of his mouth.

I stopped and looked into those blue-gray eyes. I studied the conduct record and saw its smudges and X-marks. I noted the stained shirt and the hole in the knee of his jeans, and I laid my hand on his shoulder. "This one," I said. "This is the perfect one for me." And I took Jess's hand and pulled him out of line, leaving Wright and all the others behind.

2020 Reflections: First, I'm sad that I ever fell into the "comparison" trap when it came to something as important and precious as my own child. If only I could go back and do it all over, I would change so many things. I wouldn't care so much about following the Rules of Good Parenting that everyone in our circles accepted. I would zero in on my own faults more. I would offer more praise and listen better. I would start each day reminding myself that this day with my boy would never come again.

I could go on and on with the if-onlys. But nobody gets a do-over when it comes to parenting, and nobody gets to choose the family he's born into. I look back on my years as the mother of a little boy--the only child God gave us--and marvel at the amazing, sacred privilege that was mine for a few short years. To those of you who are still in the middle of those years, I wish you daily grace. May you view each day of your mothering as the gift that it is.

And for the record, if all the 36-year-old men were lined up for inspection today, I would still pull that same boy out of the line.